The Lollipop OTA for the N7 LTE is a long time coming, now. So in order to pass the time, I started getting into the whole Material design universe from the designer’s perspective.

As a user I’ve come to like the new desgin quite a bit. Even tough, some animations are pretty laggy (at least on KitKat).

The application I am currently developing for doesn’t contain any visible user interface of its own, except for the launcher icon, of course. So I started by sketching that. The idea and rough outline comes from this USB Plug icon vector graphic. 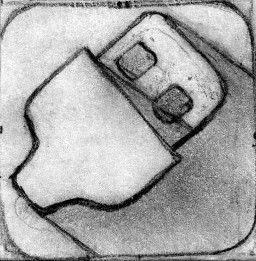 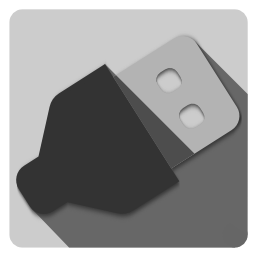 The designer community seems to have settled with 45° for the long shadow. Because in the original version the plug is already positioned at an 45° angle, I rotated the icon a little more, for the shadow to properly separate the plug from the background.

There are yet a few minor kinks to iron out, e.g. irregular shadow lines or the occasional crack where the underlying layer shines through. Still, I’m pretty much satisfied with the outcome.

On a side note

Another nuisance, is that the icons the Gradle Android SVG Plugin renders out, during the build are all a bit blurry. Even the xxhdpi one!