One of the few positive effects the pandemic has had, is that everybody has their optimal desk setup figured out by now, myself included.

After lots of iterations, there are a few findings I have picked up along the way:

I am merely describing my cabling setup. But since it involves mains voltage, I can’t do the adulting for you! Make your own judgements and then decide if you consider this safe enough to proceed. I am not responsible for injuries or material damage in any way.

In the Beginning there was Chaos

Initially, I had shoved all the cabling into the cheap cable IKEA organiser under the desk, which was pretty messy, and my frequent alterations didn’t make it any better. The ginormous power adapters of both my work and personal notebooks plugged into leftover cheap-o Schuko power strips, each with their own several meters long cable tied together, took way too much space in the organiser, complicating the routing of new cables considerably.

Shocking realisation, I know! Lots of the plugs were Euro plugs. That meant I could use flat Euro power strips, which would safe precious space, but cord management was still an issue. 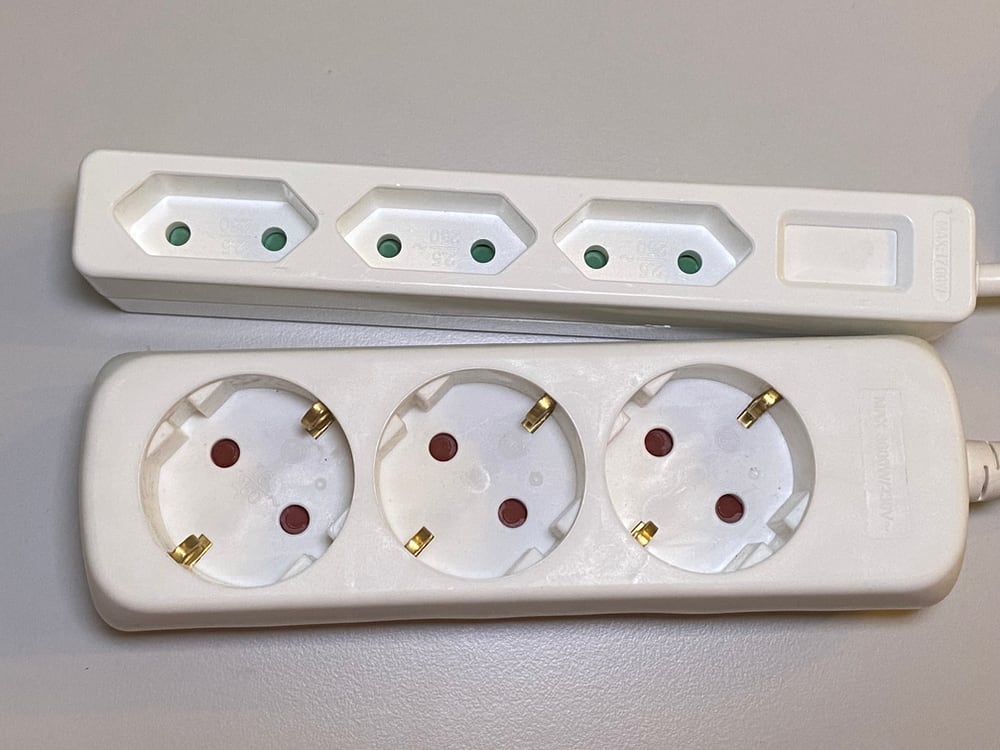 Chunky wall-warts for instance would block multiple sockets at once, which I ended up solving with Euro-plug risers.

The big downside of this approach however is that it was rather inflexible. I had to carefully plan how many power outlets were needed on each side and carefully work around those cabling constraints. My desk has its “upstream” power cord located in the center, I had one Schuko power-strip to plug Schuko plugs (Schuko to C13) into and the lead for the smaller Euro-plug strips on each side, which means I have to balance what device is on which side of the desk to not run out of free sockets!

The IEC320 C7 plug has long been known amongst international travellers as a cheap and easy way to convert between different plugs, (low-powered appliances below 2.5A that support Multi Voltage is!) but as I recently discovered the C7 plug/C8 socket is available in the weirdest combinations, including a Y-shaped one that splits one C8 socket into two C7 plugs.

From the Schuko socket that goes into my desk, I use a regular Euro-plug to C7 cable, which is then split 3-ways. The middle one goes the monitor arm (which was previously a Schuko to C13 cable, but is now replaced by a C8 to C13 adapter), and the other two form a variable-length power rail that goes to the two ends of the desk, chained from C7/C8 Y-adapters.

Each device along that power rail either was already using a C7 cable or there was an easy way to adapt from C8. In essence this gives me a highly modular 220 Volts lane that goes along the entire length of my desk. New devices can effortlessly be inserted into the chain at any point2 without having to redo the entire cabling and the plugs themselves are small and the cables easy to manage. 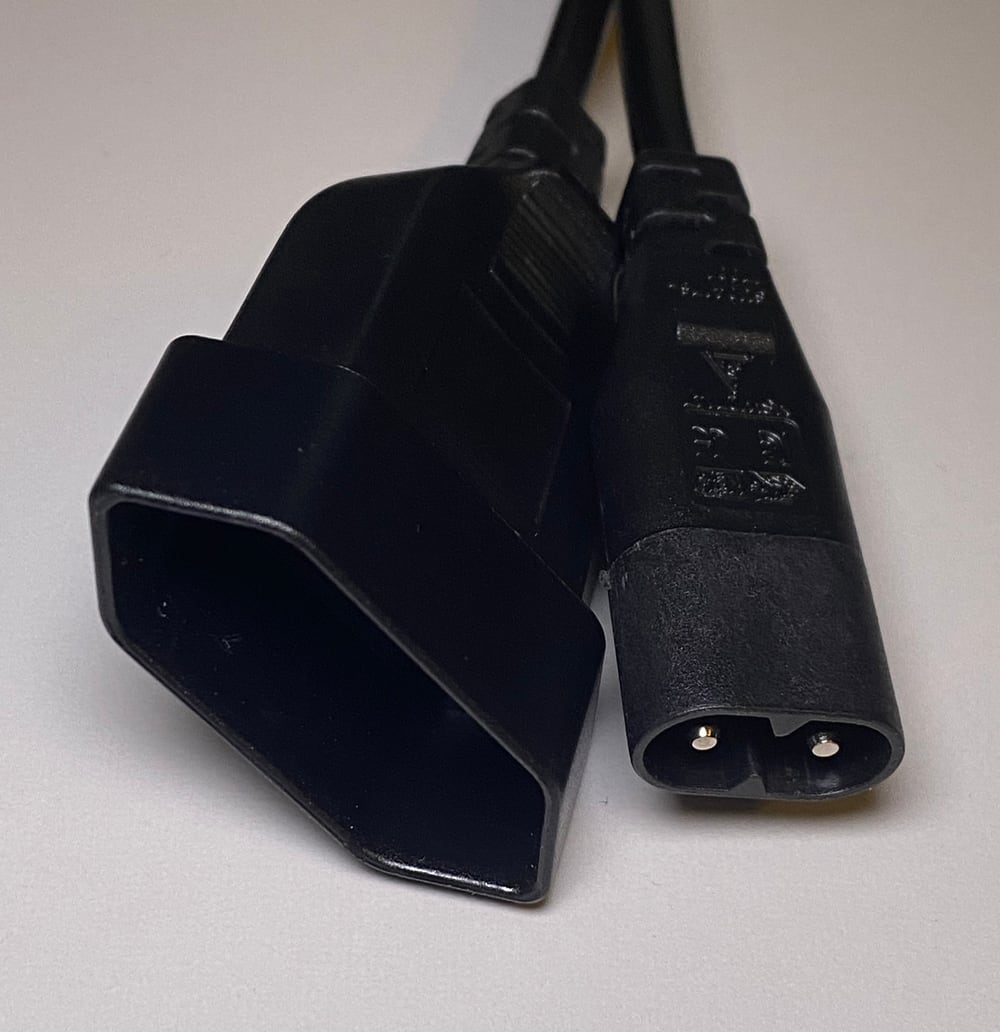 There are down-sides however, the entire chain has an upper limit of 2.5A and you have to keep track of your power usage yourself, if you don’t want it to go up in flames. Speaking of safety measures, the two-prong C7 cable does not have a neutral lead, which makes it’s use with the C13 adapter questionable. In my case the C13 is a computer monitor with a plastic enclosure that I’m not touching all too often, but still something to keep in mind.

C7 all the things

After the easy success cleaning up my cabling mess under the desk, I applied the same principle to the mess behind my TV3: One Euro plug to C7 is split into lots of C7 ones using Y-cables, and since all Media devices (with the exception of my little Network Switch) already were C7-based this process was pretty straight-forward.

Off the Shelf IKEA Solution

I later found out that with ÅSKVÄDER IKEA sells something similar (in Sweden only). Theirs is definitely better looking, more expensive and probably a lot safer than mine. But for now I’m pretty happy with my makeshift daisy chain cabling.