By the mysterious meandering ways of the interwebs, I re-stumbled over a project to install custom apps onto Sony alpha Cameras, I hadn’t seen in years. Back then I had even briefly started to write my own application that uploads Media to Google Photos for it. More urgent projects appeared, the topic was put on the backburner end eventually was entirely forgotten. Until now that is and boy did I miss out here! Someone created (and finished) a project that uploads stuff to Google Photos.

So naturally I had to try.

The Sony Camera will still not talk to Linux machines, so I had to set up a Windows VM again. The setup is pretty much the same as with the Firmware Update Post, so I’ll spare you the details. Even though Windows 10 setup has gotten pretty annoying in the meantime, with all the Data Privacy and Cortana prompts.

Sony doesn’t want you to install custom software on their cameras and there was even an official statement from Sony about this at some point. They claim that custom apps didn’t undergo the testing and thus don’t meet any quality criteria. And they are somewhat right. This will void your warranty, and if you screw up possibly permanently damage your Camera! So proceed on your own accord.

I had installed the OpenMememories Tweak app years ago to Remove the 29 minute and 50 secord limito on video recording, that’s in place to save money on taxes. So no warranty there anyway for me.

So with that out of the way, let the fun begin.

Once the VM is ready you can begin installing the GUI from the GitHub Releases page. I had used the Windows one (pmca-gui-v0.17-win.exe) for obvious reasons. Next you directly connect the Camera to the Guest system through to the VM using the Options dialog, not the shortcut menu at the bottom: 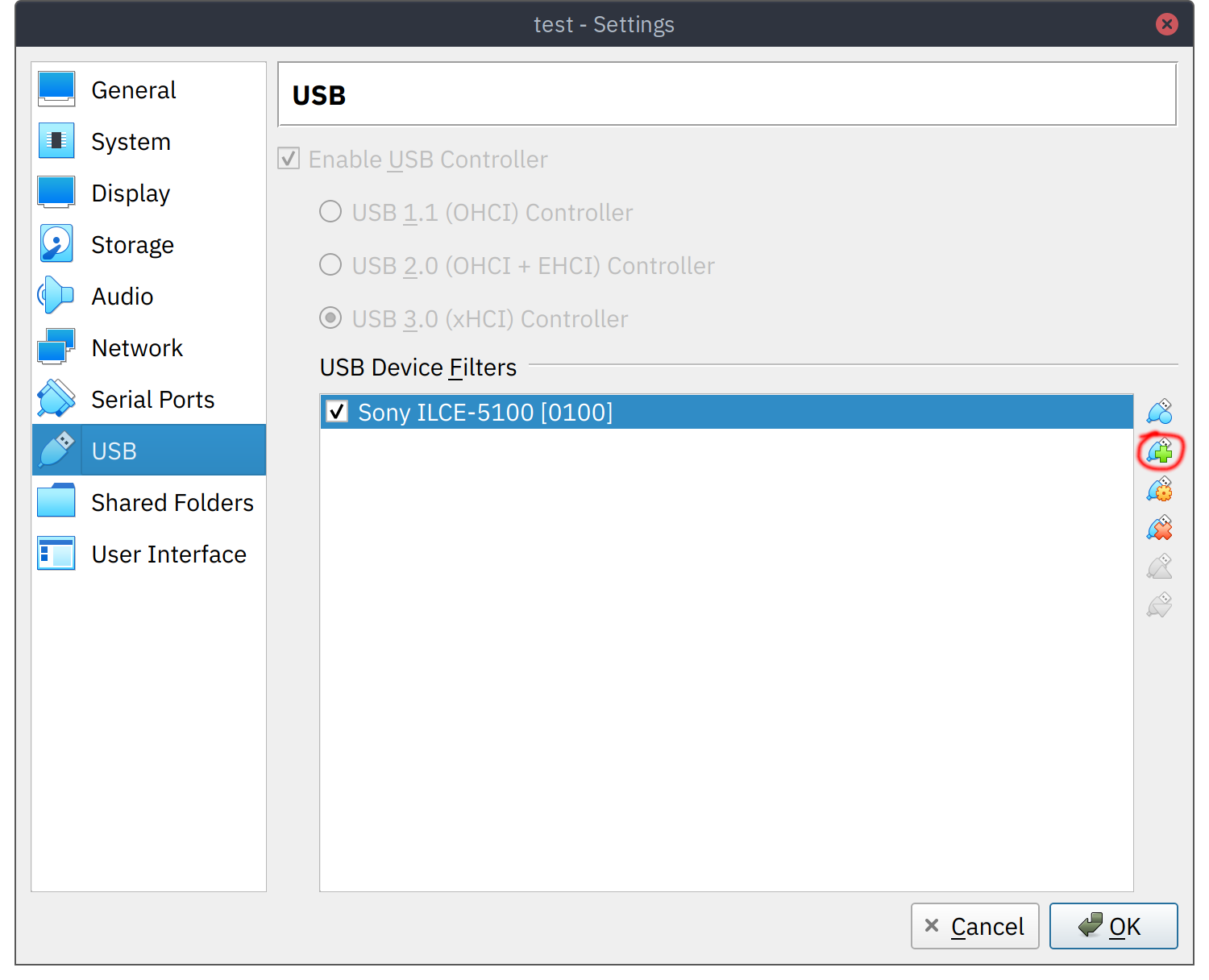 During app installation the Camera will get switched from Mass Storage Mode to different one, if you used the quick menu to pass through to the VM it is now connected to the Host again. With the Filter being applied the Camera should reconnect to the Virtual Maschine: 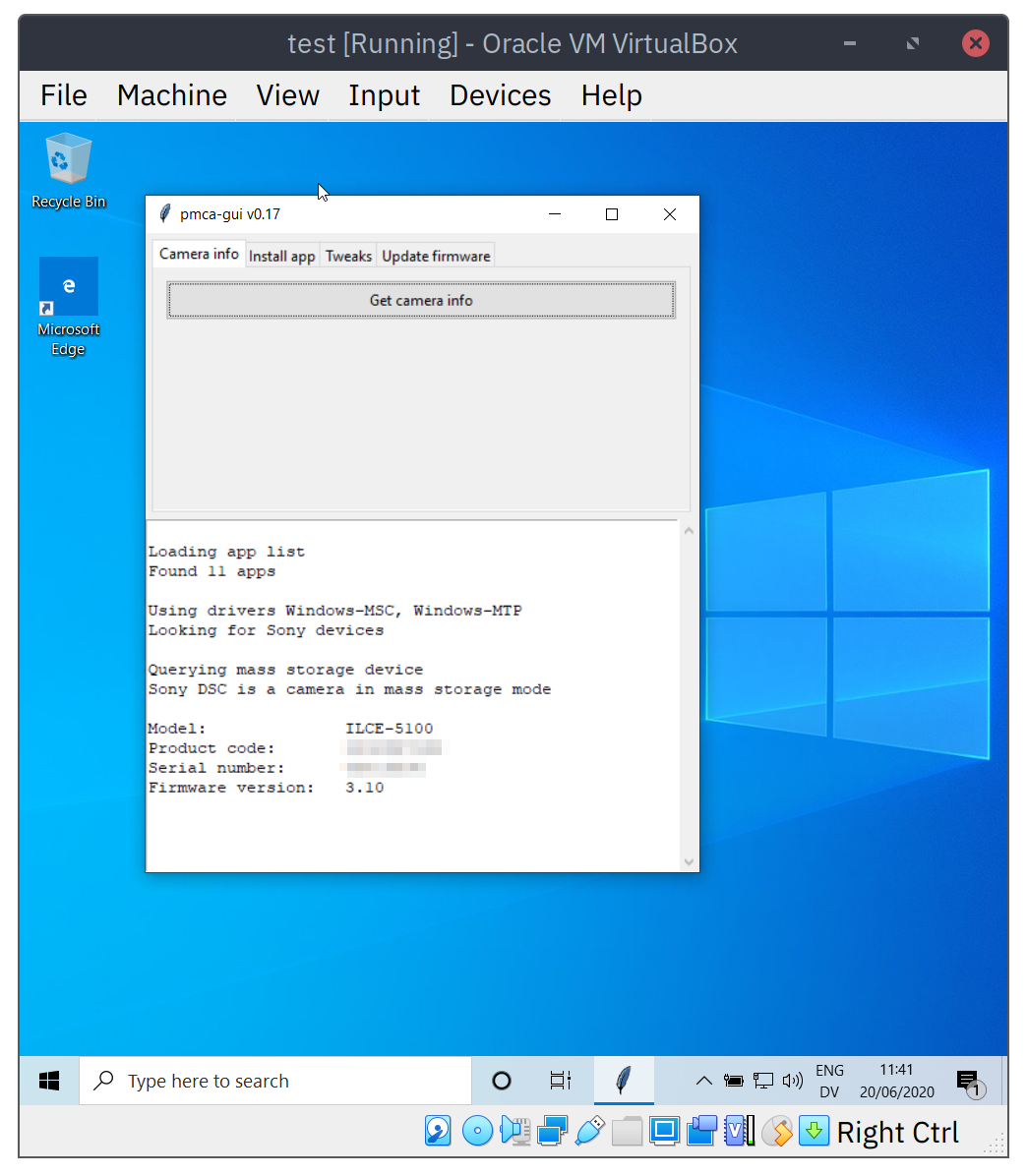 Over on the “Install App” tab there is a handy dropdown to install to select the app and a button labelled “Install selected app”; 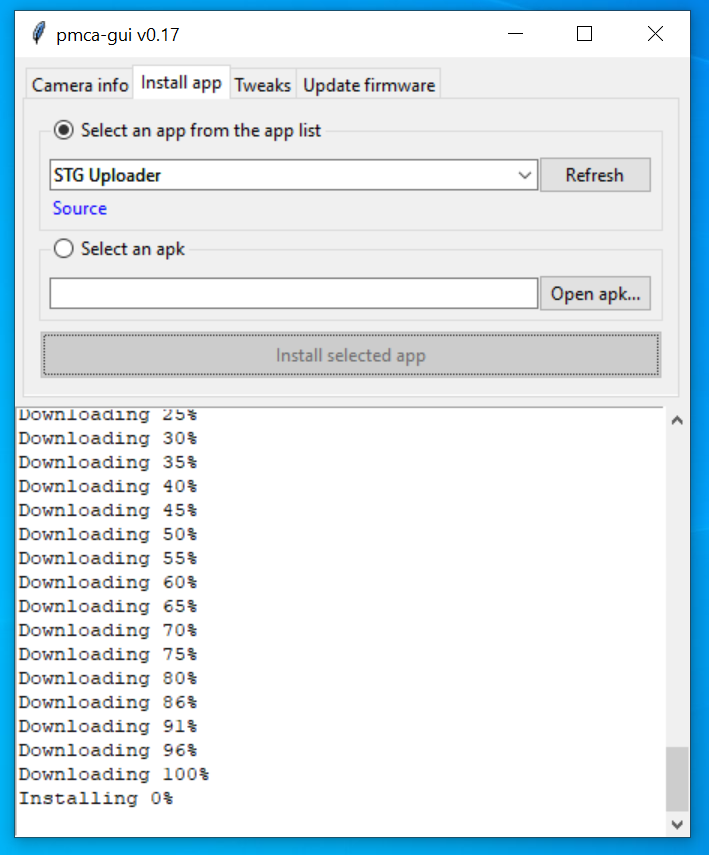 Once disconnected you’ll find the newly installed apps under the “Application List” itemn in the menu: 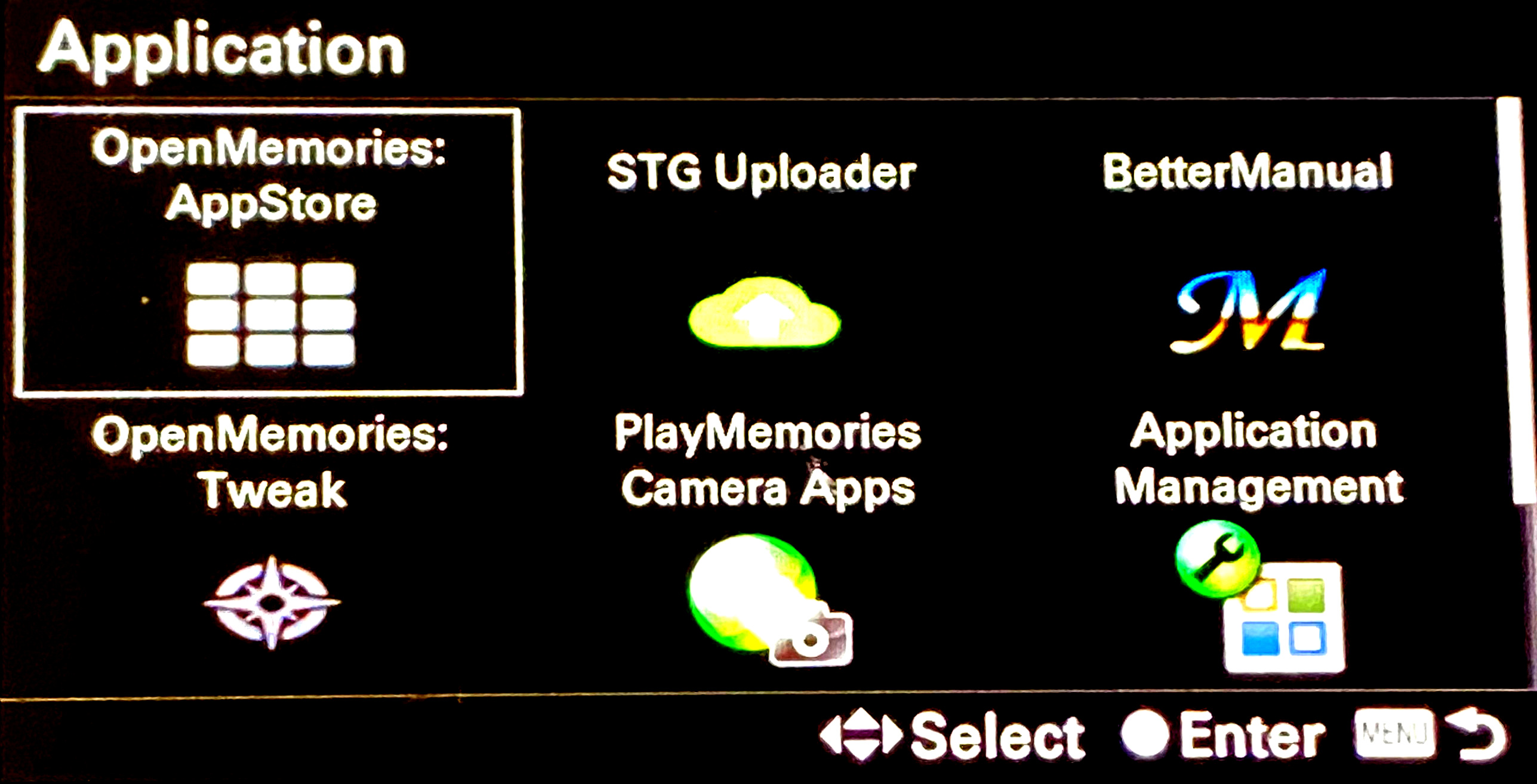